Ray Nash 6 years ago • 0
Before 450 installed, an error window would show that System Explorer has stopped working(I reported it several times, don't recall receiving an explanation or even a reply, but no matter, you got the message hopefully, so no reply was really necessary, so...). Now it has a message regarding the version. I know I did NOT purposely opt to install the Stand-Alone Portable version, so I uninstalled the one I had. Planning to find the NON-Portable version and install it. I have no intentions of ever not using System Explorer, the info is too invaluable, just as the Systernals software that Microsoft bought out years ago and offers tools based on the Systernal apps today 2014 Jan.
Great program, System Explorer, almost transparent, no slow down noticed from either of my 2 XP Professional PCs, or my Windows 8(I loathe that bloated, unwieldy, unnecessary insertions of their attempts to anticipate what you want to do next, which I have to undo and I spend more time working around their crap than using the Win 8 Laptop PC, i.e., the Startmenu 1.4 from IOBit I use cuz I hate the "Metro" nonsensical'everything to everybody approach which ends up being just crappy that has overplayed its hand from the start ending with being crap to all, I HATE IT, but Linux fails in its cryptic-ness, and Apple with its propreitary crap is no solution. BTW, similarly, I hate Comcast, too, as it has no competitor for me to change to, Direct TV and Dish is also crappy so says my neighbors.
Thanks for your time.
Vote 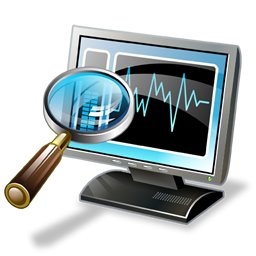